What is it about April that I love so much?
March is great with the whole March Madness thing--in fact I plan on just watching basketball this weekend. But March comes with a lot of other madness (mostly school and career related) that I'll be glad to be rid of when April comes. April means Easter, Spring flowers, rain puddles, flip flops, GRADUATION, and oh yeah, Mitch and I will have finally made that stressfull decision that is going to impact the rest of our future. So thank you March for passing quickly, I am ready for you April.
Posted by Heather at 12:09 PM No comments:

I did something totally spontaneous and impulsive. But that is okay--I needed to at least once before I graduated right? Well, on Friday night Mitch and I were with Ali, Kelsey, and Trevor. We were huddled around the computer listening to the BYU/New Mexico game (stinking CBS Sports) and as we realized with a minute left in the game that we were about to WIN, we decided to hurry and buy tickets for the Championship game. We did, and then left at 10 pm to drive down to St. George. We spent the night at Ali's Aunt and Uncle's. Then we drove the rest of the way to Vegas. We went and saw the Pawn Shop from Pawn Stars (its played on the history channel--Mitch loves it!) 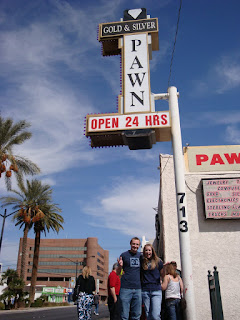 And then we met my dad and his buddies for lunch at Smash Burgers. 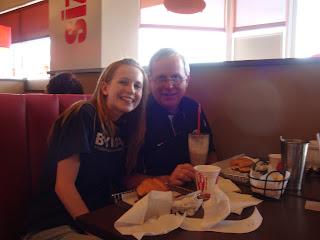 Then we went and saw the lions at MGM Grand before the game. It was quite an exciting day. 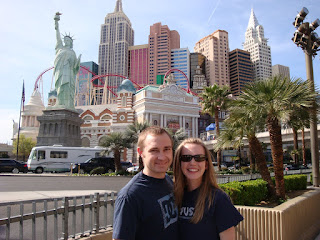 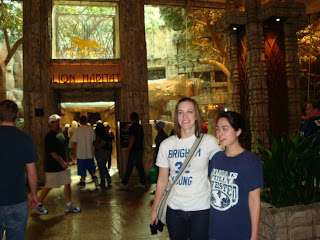 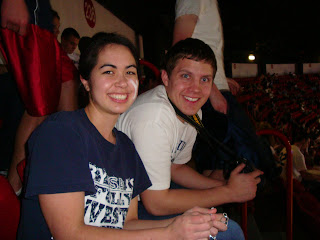 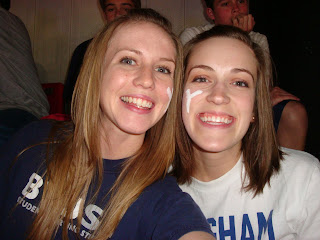 Since you all know the outcome of the game, I won't going into the depressing details. Just know that as we walked out, we ran into this beauty, and then I heard a man say "Well folks, at least tomorrow is another day." 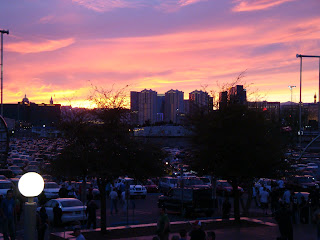 Amen sir. And plus, we got Chipotle for dinner to cheer us up for the ride home. I stayed up till at least 2 am two nights in a row. Quite the defeat! Thanks for a spontaneous, impulsive, and wonderful weekend you guys!
Posted by Heather at 7:52 AM 6 comments: